Olivia Petie is a HostNation trustee who started with us as a volunteer befriender. She is a social researcher and evaluator at a global higher education charity 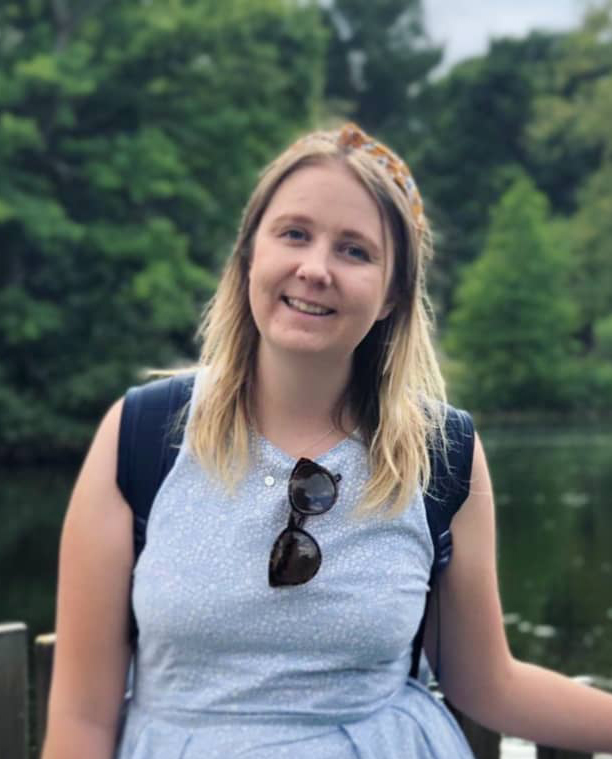 The story I want to tell is of a friendship, how it came to be and what a wonderful thing it is. Two years ago I first heard about HostNation from a friend’s social media post. Intrigued by what they were doing, I began following them on Facebook and soon afterwards I applied to become a befriender. Having volunteered with other organisations supporting refugees, I was aware of the many barriers faced by those arriving in the UK and seeking to rebuild their lives here.

I really liked the HostNation focus on supporting people to build a social network and have some fun whilst getting to know their new city.

These are things often overlooked but so incredibly important for feeling at home in an unfamiliar place. I enjoy meeting new people, making friends and exploring London myself in my spare time – so it sounded like the perfect opportunity.

My HostNation friend turned out to be a young woman I will call Bahar (she has asked us not to use her photo or real name, ed.). She is in her twenties, living in London, trying to find her way in the world, and establish her career – just like so many of my other friends. She is brave, ambitious, and incredibly strong. She also loves good coffee and enjoys a long discussion about the world. But Bahar is also unlike the rest of my friends, because she came to London as a refugee. Three years ago she fled to the UK, leaving her life as a newly qualified doctor to claim asylum in a country where she had no family or friends. But that is her story, it is not mine to tell. Mine is the story of our friendship.

Whilst I understand the benefits of using the term ‘befriending’, this never quite captured the essence of my relationship with Bahar, because it implies some form of imbalance or formal structure.

Like any good friendship, ours is reciprocal and based on caring for one another.

Since meeting, we have visited so many places around London – from the Natural History Museum to picnics in Hyde Park or at the top of Primrose Hill. A highlight for me was our visit to a local mosque where Bahar taught me all about the customs and symbolism of her religion.

I do hope I’ve been able to offer some support and encouragement to Bahar since we first met, for example in proof-reading her academic applications. I’ve also helped her navigate some of the quirks of life in Britain – we had a good giggle over the fact that the big building with Mecca written across the top was actually a bingo hall rather than an Islamic community centre!

But usually we just meet up for coffee, go for walks, and we even managed a socially-distanced bike ride. Mainly, we just enjoy hanging out (although admittedly usually a little later than planned due to our shared approach to time keeping!)

In spending this time together we have learnt so much about one another and about the world – sharing across cultures, exchanging tales and ideas on all sorts of things. We often have lengthy discussions about politics, putting the world to rights and discussing the situation both here and in her home country.

We have swapped funny stories, like comparing our favourite napping spots as students – mine usually somewhere in the Student Union, hers in the back of the mosque! We have talked about our families, our friends, the places we have travelled... We have shared so much, in conversation and in time. Through all of this I have gained a close friend.

Having worked with and volunteered with a variety of organisations, what has struck me most about HostNation is their hands-off approach. While they of course have checks and safeguards in place, they then introduce you to each other and leave you to it, allowing a genuine connection to be formed that is relaxed and authentic.

I’d like to thank HostNation for the incredible work they do in connecting people across the city.

I also want to thank my dear friend Bahar, for bringing so much to my life. Over two years after first meeting her, we are still close friends and we meet regularly for catch-ups.

She has recently got her first job as a qualified doctor in the UK after spending nearly three years converting her qualifications – she has done amazingly and I have no doubt she has a great future ahead. She is one of the most intelligent, empowered and kind women I will ever have the pleasure to meet.

After having such a positive experience befriending through HostNation, I have since become a Trustee for the organisation. I have also recently been matched with my second friend, who I am enjoying spending time with and exploring even more of the city.

If the last year has taught me anything, it‘s the importance of having a support network of people who are also living locally in your community.

As we in so many ways have become more distant from those around us, connection with others becomes ever more important. We all have so much to learn and to gain from building new and different friendships.