We are thrilled that Megan, Nada and Emal have featured in an ITN news programme celebrating the power of friendship to change lives.

Although befriender Megan is from Belfast and her new friend Nada is from Somalia, they clearly have a strong bond. Almost two years ago, Nada fled Somalia in fear of her life. She didn’t know anyone in the UK. When we introduced her to Megan, it made a big difference.

The warmth of their friendship comes across strongly in this interview by reporter Toby Sadler of 5 News.

By coincidence, Nada lived in Belfast while she was an asylum seeker waiting to be granted her refugee status. So she was delighted when, just three weeks after she arrived in London, we introduced her to Megan. They immediately had the Northern Irish connection.

Megan took her new friend for walks in local Queen’s Park and on outings around central London. She has also taken Nada to meet her hockey team and see a match. Megan loves being part of a drama group too, so for Christmas, Nada will experience a very British speciality – an outing to the panto.

Megan has stepped up to help Nada improve her English and her computing skills and also taught her to be aware of online scams and fake offers. “She teaches me a lot of things,” Nada tells us. “It's really important to me – to have someone who advises me.”

Yet the relationship is far from being a one-way street, as Megan says. “It doesn't feel like I'm her befriender, it feels like we are genuinely friends. It's opened my mind. She's open about what she has faced, the things that have happened to her. She's educated me, inspired me to make as much of a difference as I can.”

The hardship Nada has experienced has given Megan a different perspective on her own life, as she told 5 News:

“My friendship with Nada has taught me so much about just being grateful for the things that you have.”

Emal, 25, an electrician forced to leave Afghanistan four years ago, explains on the news clip how difficult it can be to settle in a new country, when you don’t know how anything works.

But for the past year he has had a friend to show him the ropes. Charles, who is studying architecture, signed up with HostNation as a befriender and we matched him with Emal. They share a love of cycling so they explore London together on their bikes. 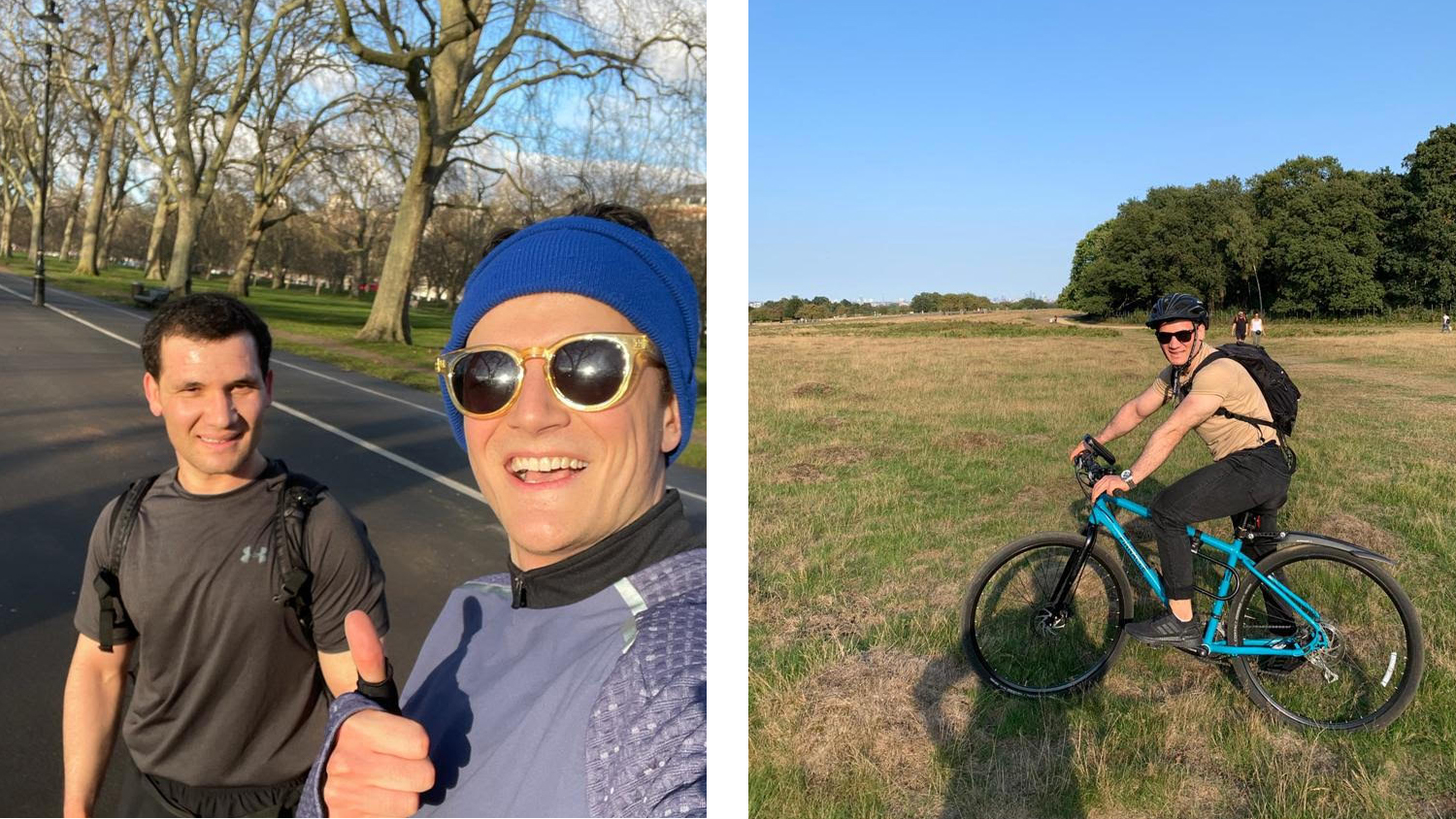 A friend to laugh with

"We both like to laugh and we both like to keep fit,” Charles told us, “so there's a lot to talk and joke about. He's interested in the city and culture and history – the conversation never runs dry. It’s been extremely rewarding."

Charles has helped Emal with his English and sourced him a laptop and a guitar, but most importantly, has given him a sense of belonging.

“I felt so happy that I got a good friend,” says Emal. “He has shown me many great places around London. It was wonderful and helpful to have a friend while I felt lonely and helpless.”

These uplifting stories show us the profound changes that can come about when a friendly local reaches out a hand to someone trying to make their way in a new country.

A cycle round the park, a coffee and a chat – such seemingly simple things can make a huge difference to someone’s life.