Our wonderful HostNation friends Sally and Mimi star in this lovely article for Yours Magazine about what their friendship means to them.

“Mimi inspires me so much,” says befriender Sally. “She just wants to make the most of every moment of life.“ Many thanks to both of them for agreeing to share their inspiring story for this feature all about the power of female friendship. 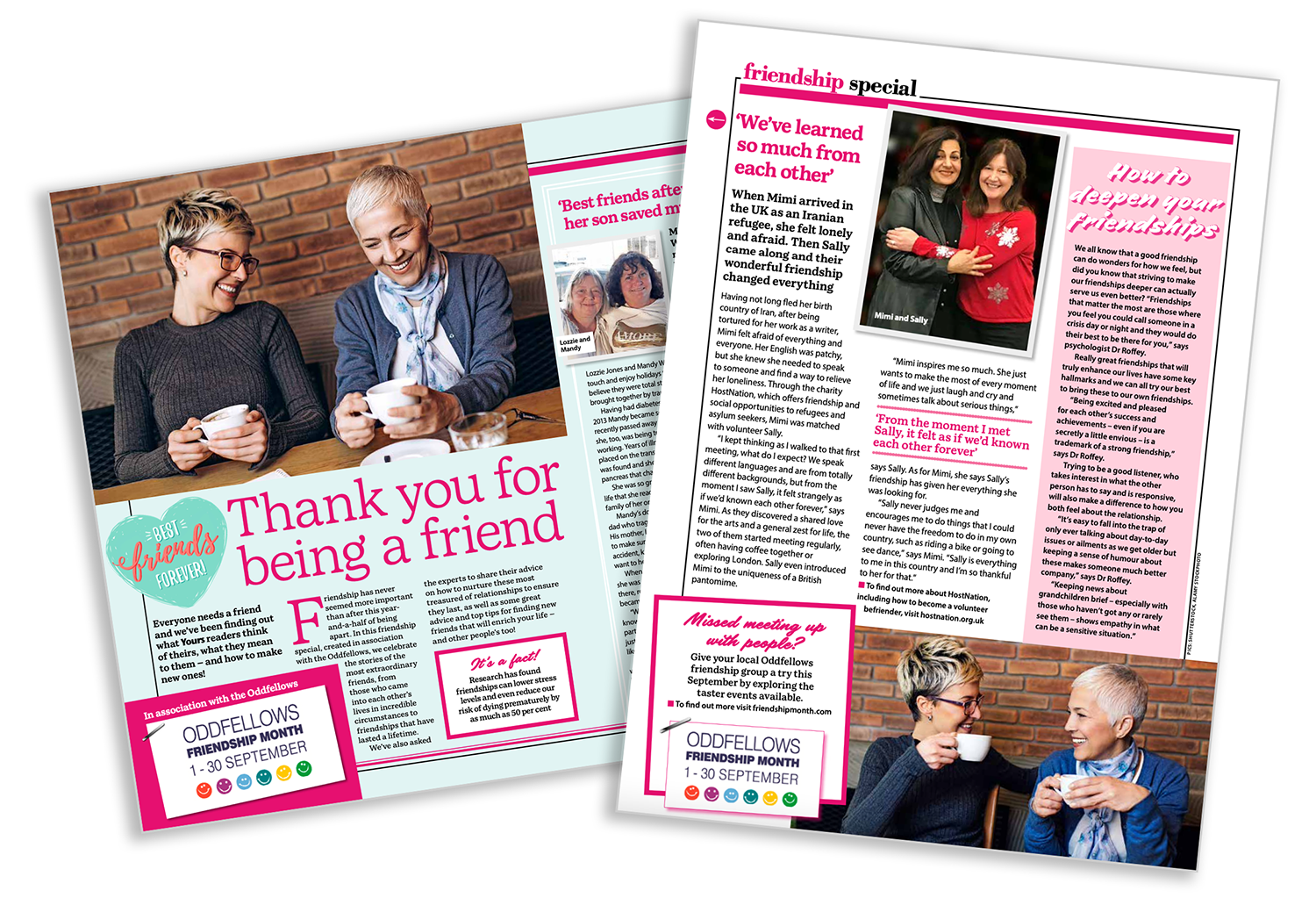 ‘We’ve learned so much from each other’

When Mimi arrived in the UK as an Iranian refugee, she felt lonely and afraid. Then Sally came along and their wonderful friendship changed everything. Having not long fled her birth country of Iran, after being tortured for her work as a writer, Mimi felt afraid of everything and everyone. Her English was patchy, but she knew she needed to speak to someone and find a way to relieve her loneliness. Through the charity HostNation, which offers friendship and social opportunities to refugees and asylum seekers, Mimi was matched with volunteer Sally.

“I kept thinking as I walked to that first meeting, what do I expect? We speak different languages and are from totally different backgrounds, but from the moment I saw Sally, it felt strangely as if we’d known each other forever,” says Mimi. As they discovered a shared love for the arts and a general zest for life, the two of them started meeting regularly, often having coffee together or exploring London. Sally even introduced Mimi to the uniqueness of a British pantomime.

“Mimi inspires me so much. She just wants to make the most of every moment of life and we just laugh and cry and sometimes talk about serious things.”

As for Mimi, she says Sally’s friendship has given her everything she was looking for.

“Sally never judges me and encourages me to do things that I could never have the freedom to do in my own country, such as riding a bike or going to see dance,” says Mimi. “Sally is everything to me in this country and I’m so thankful to her for that.”

©Yours Magazine - Reproduced with permission