« Back
HostNation Blog Post
"It was one of the highlights of my life.”
CHLOE AND SHOAIB

A visit to Wembley stadium with a new friend has fulfilled a long-time dream for an isolated asylum seeker. 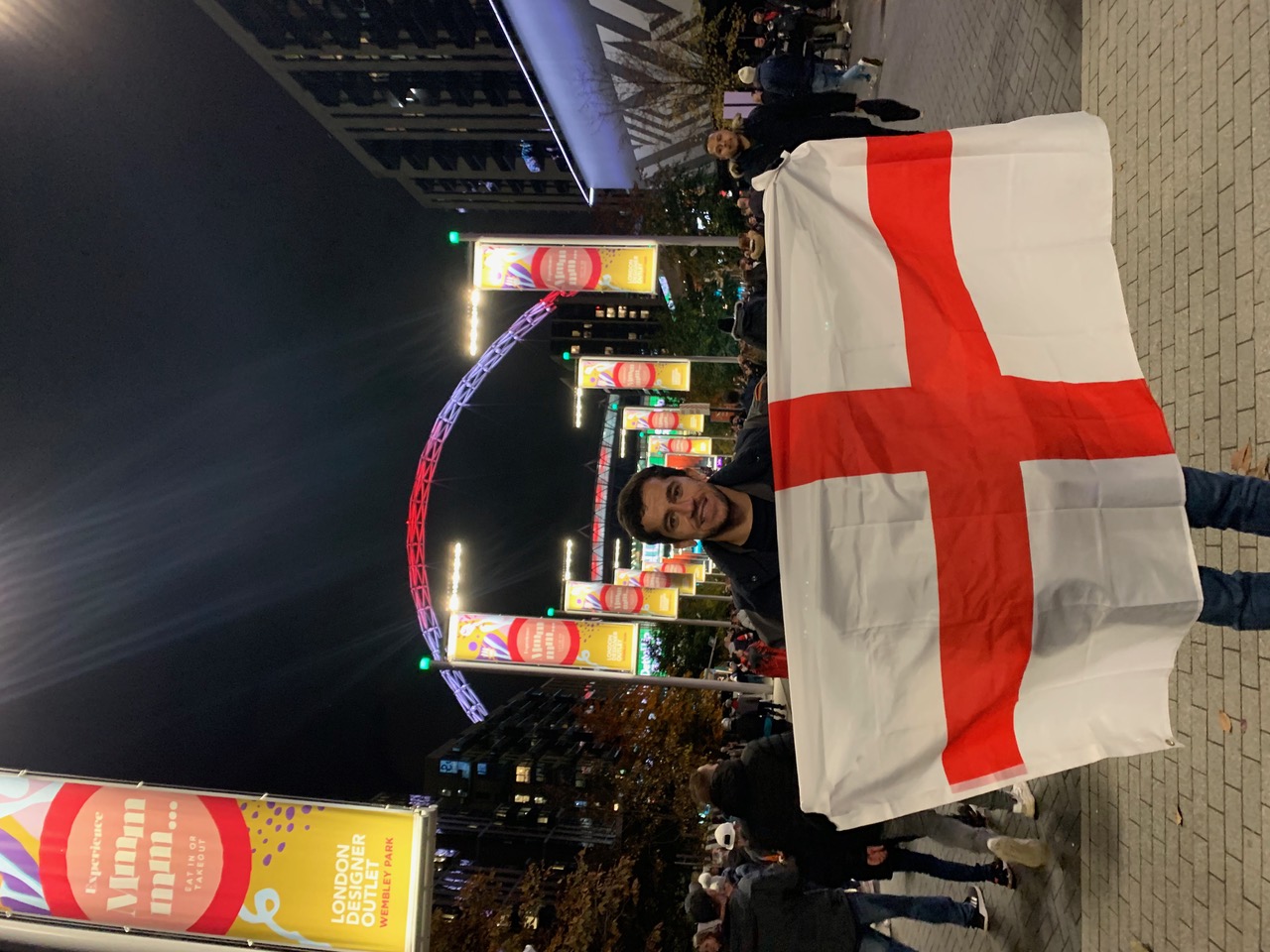 For Shoaib, a long and traumatic journey to the UK in search of freedom has so far brought him to a run-down barrack block used by the Home Office, then to a cramped room in a Brent Cross hotel full of other asylum seekers. Not quite the new life he had in mind.

“At first I really didn’t like London,” he admits. “It’s so big, and I think it’s very hard to live here when you are all alone. I stayed in the hotel for weeks at a time without going out.”

Then things changed. Shoaib was referred to us so that we could find him a friend to talk to.

We matched him with Chloe, a paralegal who had recently signed up with us to become a befriender.

“I heard about HostNation from a viral tweet,” explains Chloe. “I had always wanted to do something with refugees, both as a friend to them and for my own understanding and awareness. So many of us want to help but just don’t really know how. It can be hard to know how to get involved as an individual.”

The two new friends quickly hit it off. “It’s really brilliant!” beams Shoaib. “Chloe made it all easy for me. I was so happy when I met her. We go on trips, and she gives me books to read. I have really enjoyed all of our meetings. 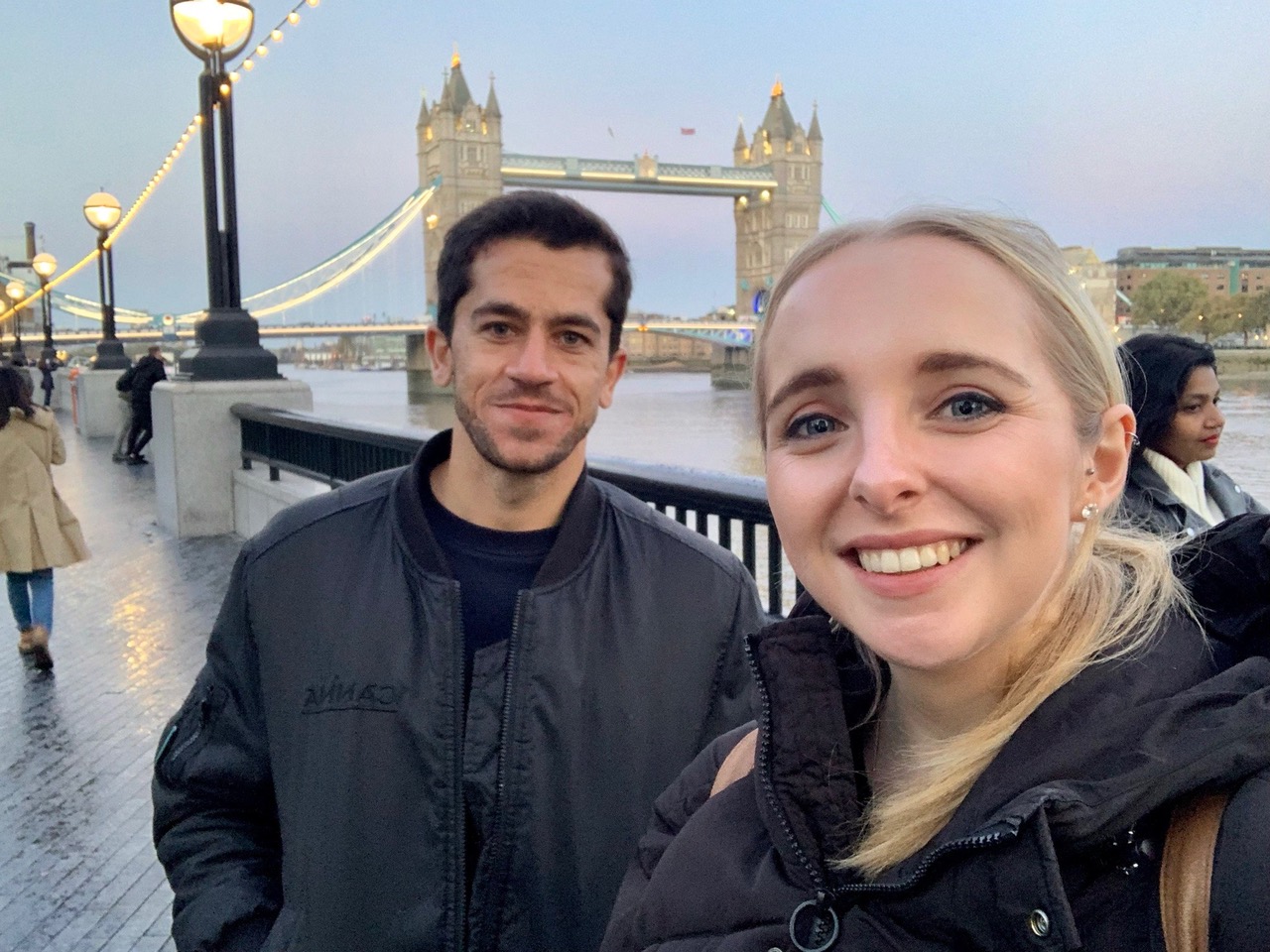 After a first meeting in Brent Cross shopping centre, Chloe decided it was time Shoaib really got to see the sights. “On our second outing we walked 17km across central London,” she says. “He said it was his favourite day in the UK to date!”

The huge voyage of discovery took over five hours, yet it was all worth it for Shoaib. “Before I met Chloe I didn’t know anything about London,” he says. “But now I know that London is above all other cities.”

The best was yet to come, however. “I heard that he had gone to stand outside Wembley stadium just to have a look,” says Chloe. “He told me he had dreamed of being able to go inside. So I just had to do something.

“I had a ticket for a friendly against Albania, so I got one for him too. Going together was so much fun. He absolutely loved the Mexican wave and took loads of videos. We were right behind the goal and so we got to see them all up close – best of all we won 5-0! It was a fantastic show. It was so great to see Shoaib all wrapped up in the flag!”

For Shoaib, it was a dream come true. ‘The Wembley outing was amazing!” he exclaims. “It was a dream for me. I love watching football, but I never imagined that one day I would actually go to Wembley stadium. It was truly one of the highlights of my whole life.”

Chloe also took him off bowling, something she does regularly but was a whole new experience for Shoaib. He loved the bowling, especially as he won!

“One of the things that took me by surprise was how many things he had never had the opportunity to do before,” remarks Chloe. “I mean, I took him bowling and he had never been before. There was an ice rink there too and he’d never seen one. His gratitude for the smallest things like that has surprised me. It’s humbling.”

Chloe sounds proud of all the progress that Shoaib is making as he gradually finds his feet in the UK. “He said he really wanted to improve his English but then it turned out he only had a couple of grammar books to read. I got him The Lion, the Witch and the Wardrobe and he absolutely loved it. Now he is doing an ESOL course and he keeps getting promoted in his levels, he’s doing really well.”

Chloe may be the one introducing Shoaib to local life, but the benefits of the friendship are two-way. When she moved flat recently, he came straight over to help with some of the heavy lifting. It  helped him to feel he was giving something back to her, and got him out of the hotel room. 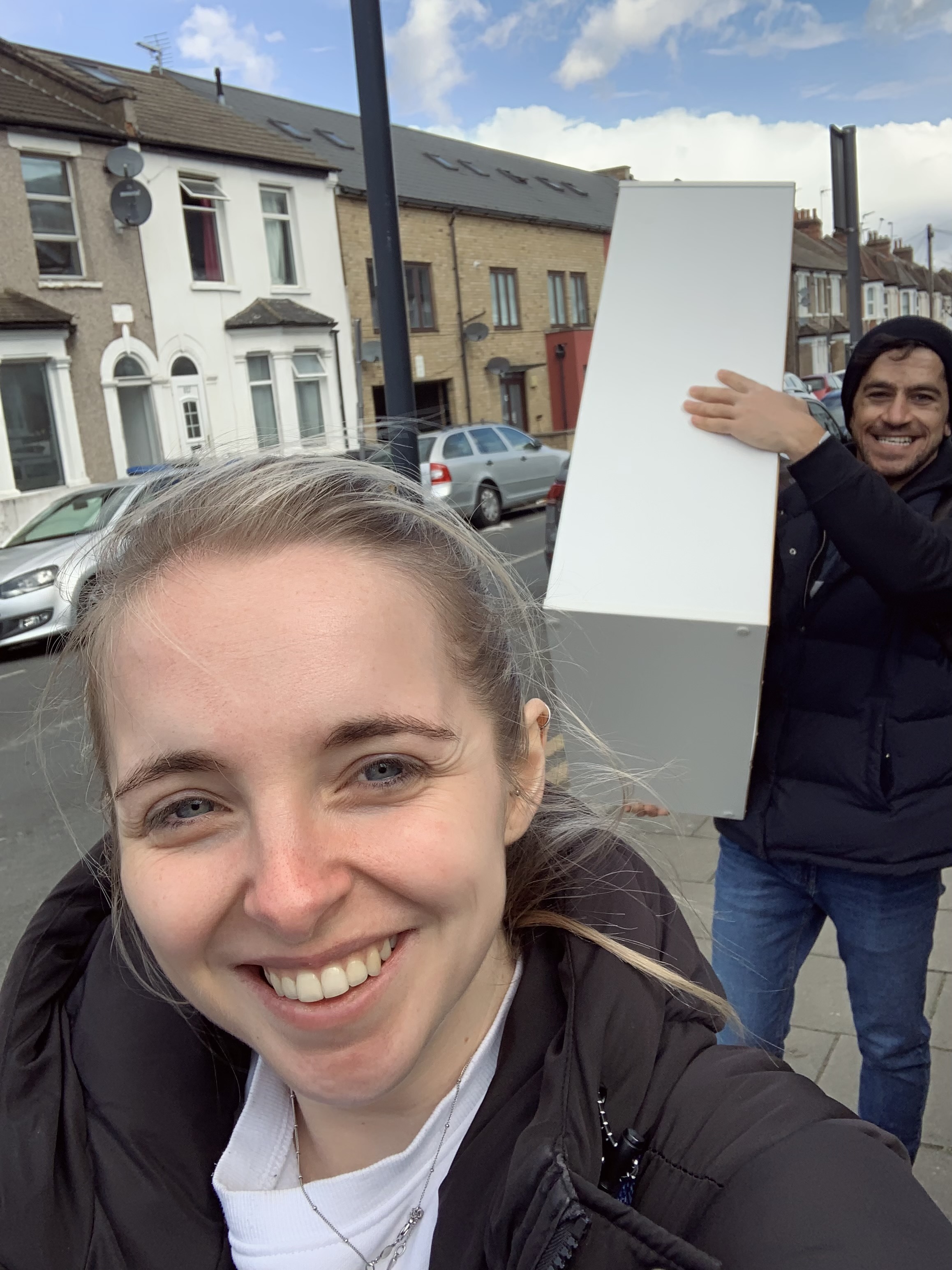 “He isn’t allowed to work yet but really wants to contribute so it’s just so frustrating,” points out Chloe. “He has a degree in animal nutrition so he would love to work with animals here.”

Chloe can see that having a London friend has made all the difference to Shoaib, who previously felt totally isolated. “I worry about all the ones who haven’t got something like this,” she comments.

“For me, my mental health would crash overnight if this was my reality – stuck in limbo in a hotel room in Brent Cross. I’m so glad he found HostNation. It’s been really great to spend time with him.”

From the team here at HostNation, a huge THANKS to Chloe, Shoaib and all the other friendship matches who are making our cities happier, friendlier and more vibrant places.

Read more heartwarming stories of our friendships here >
Register as a befriender in London, Manchester or Newcastle here >